F2P Monster Hunting MMO - As a Slayer, band together with others or hunt behemoth monsters solo in this grand fantasy world filled with beasts, loot and lush environments.

Dauntless is a free to play monster hunting MMO that lets players hunt solo or in groups to take down the world's most dangerous behemoths. The combat system is deep and tactical due to a good range of weapons and combos available, while fights are engaging as hunts take a long time to complete. The result is a rewarding experience overall. The game offers RPG elements like crafting systems and gear progression to chase, and the world is gorgeous thanks to its marriage of cartoon art-styles with gritty and realistic textures for its monsters, armor and environments. Dauntless is an incredibly polished and exciting alternative to paid monster hunting games out currently. 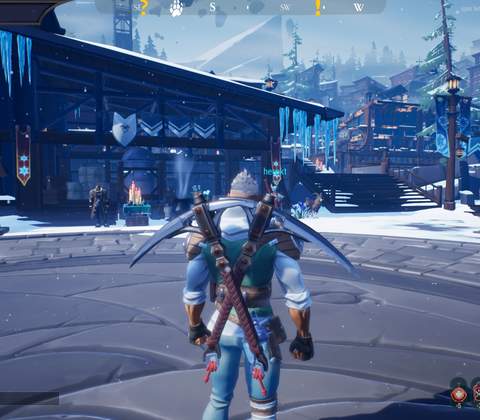 Welcome to Ramsgate, Slayer! Pick up quests, craft and create your guilds and parties in this town HUB before heading out on hunts

Dauntless is a free to play monster hunting MMO that can be played solo with other players. Currently in open beta, Dauntless pits players against unique behemoths, or monsters, to engage in long challenging hunts and fights. Getting started is relatively easy, and the starting tutorial does offer some backstory about the world, how these behemoths came to be, and your first steps as a monster hunter. Character movement in the open world feels good, and your move set executes well, with jumping, dodging and other animations being excellent. While free to play, Dauntless does have a cash shop but sells primarily cosmetic outfits, so there's nothing to worry about considering the game is mostly PvE battles anyway with no PvP content available. 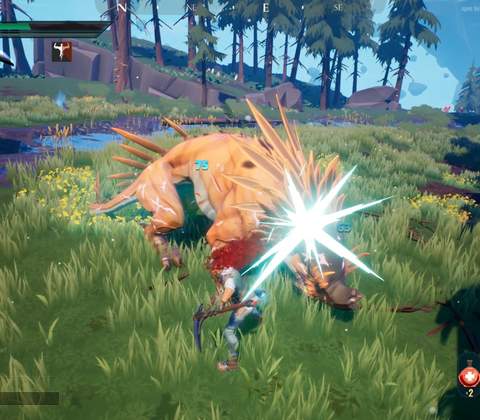 Behemoth fights will take a lot out of you, but it's so worth the effort.

Players are known as Slayers, and begin their journeys at the main HUB of Ramsgate. This town is where the good stuff happens, from picking quests, starting hunts and crafting your armor. Once you're ready to hunt, pick the right gear at your load-out screen, and then the matchmaking queue begins. Behemoth hunts, also known as monster hunts, are the main form of content in Dauntless. There are several different types of unique behemoths in the game, and your job is to kill them. Players are dropped onto floating islands, isolated marsh swamps and other gorgeous instanced maps to hunt and kill their targets within the allocated time, which is usually 30 minutes. The hunt also consists of tracking your foe, and this is a good opportunity to pick up crafting materials on the map.

Combat however, is the real superstar of the game. When facing monsters, players take it on by trading blows with their weapons, resulting in deep action and tactical heavy combat. Weapons require combos to execute in order to deal heavy damage, and at the same time, players must be wary of the moves and skills of the monster too. Get hit and you lose a chunk of health, so learning when to dodge or get out of the way is going to be important. Another thing to note is that monster engagements lasts anywhere from 10 to 15 minutes. The fights are long and it's awesome, as it feels like we're getting straight into the MMO boss fight without having to deal with scores of trash mobs. This results in a satisfying feeling every time when you finally kill the monster, earn medals and rewards, before finally heading back to town.

Overall, there seems to be plenty of things to work towards thus for a free to play game, you will get plenty of bang for no bucks. 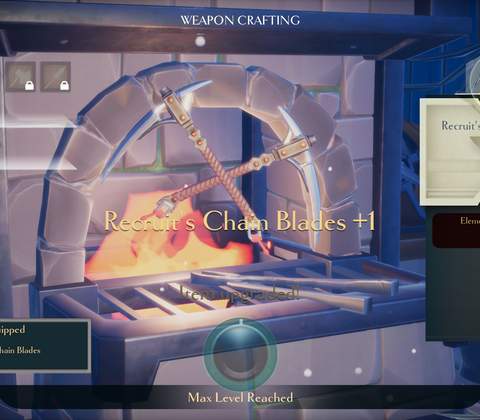 One of the best things about Dauntless is that it doesn't disregard the RPG elements that is important for MMOs. Players will be introduced to a crafting system early on in the game, which lets you pick up resources while out on hunts to bring back and craft new items or upgrade existing ones. Multiple weapons from sword, axes and ranged weapons can be crafted and upgraded, each with different stats and abilities. This will offer players more diverse combos during combat. Armor will be another important crafting progression, and how they look can be altered using cosmetic slots. Combat utilities like health potions, and strength tonics are also available to craft. Overall, the crafting system is a huge form of progression that gives players something to do or look forward to in-between hunts.

To get the best upgrades for gear however, players will need to farm rare behemoths and monsters for unique item drops. This is where the game can feel grindy, considering the fights are long. Elsewhere, the game always has in-game events to keep the community alive. Some of them lets players earn unique rewards likes outfits, while the expansions introduce new weapons too. Overall, there seems to be plenty of things to work towards thus for a free to play game, you will get plenty of bang for no bucks. 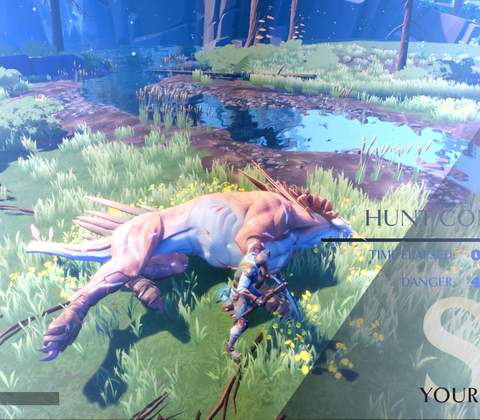 The environments and scenery is gorgeous in Dauntless

Dauntless is a gorgeous game. As soon as you step into the world via the tutorial, the art-style hits you like a ton of bricks. It has cartoon influences that are popular by today's standards, but the shapes and textures of the environment blocks, armor and monsters gives the game a gritty feeling. The result is an attractive looking game. Running on the Unreal Engine, Dauntless performs flawlessly too on higher graphics with other players around so you'll probably want to have a decent enough gaming computer to run this. Sound design is also wonderful, and during the heat of a monster hunt, you'll only hear the things that matter - your heavy breathing, the impact of your weapons hitting the beasts, and their screams. It's a glorious presentation for a free to play game.

Is Dauntless Worth Playing?

Absolutely. If you are looking for a free to play version of games like Monster Hunter: World, then look no further than Dauntless. The game offers the same exciting and thrilling monster hunts that are long and engaging. Its combat system is the best part of the game, and players will do well to master the combos of their weapons to best their behemoth enemies. There's lots to do solo as well, with crafting systems and gear upgrades playing a big part for players and how they move forward in the game to challenge more difficult monsters over time. This is definitely a must play game for fans of the Monster Hunter franchise.

Ready to enter the world of Dauntless? Click here to play now! 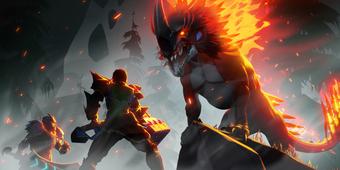 Originalität
Dauntless offers players on a budget the same thrilling monster hunting experiences for free with arguably more attractive graphics than the AAA games out on the market that costs money. Additionally, the combat system is slower, impact and more strategic compared to competitors.